Originally from Burfordville, Missouri, Dr. Crader attended Truman State University for his undergraduate degree, where he played second base for the Truman Bulldogs for four years. He graduated from the University of Missouri – St. Louis (UMSL) School of Optometry with a specialty in treating glaucoma, and he is a member of the American Optometric Association (AOA), Texas Optometric Association (TOA), and a Vision Source provider. He joined Denton Optometry in 2016.

Dr. Crader enjoys seeing patients of all ages, especially pediatric ages. Dr. Crader says the most rewarding part of his job is “seeing a young child put on glasses for the first time and see how clear the world can be.”

Outside the office, Dr. Crader is an active member of the Denton and Flower Mound Chambers of Commerce. He and his wife Lindsey and daughter Whitley have two black labs named Bentley and Boo. He unwinds by going fishing, golfing, watching sports, and reading.

If Dr. Crader could turn any activity into an Olympic sport, in what event would he have the best chance to medal?

Make an appt with Dr. Crader 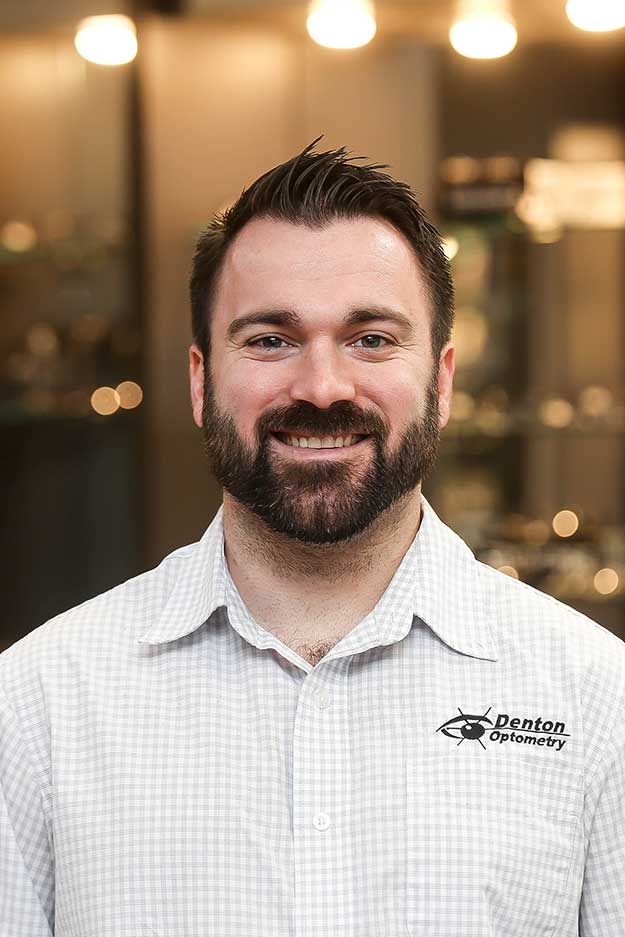 Make an Appointment at :